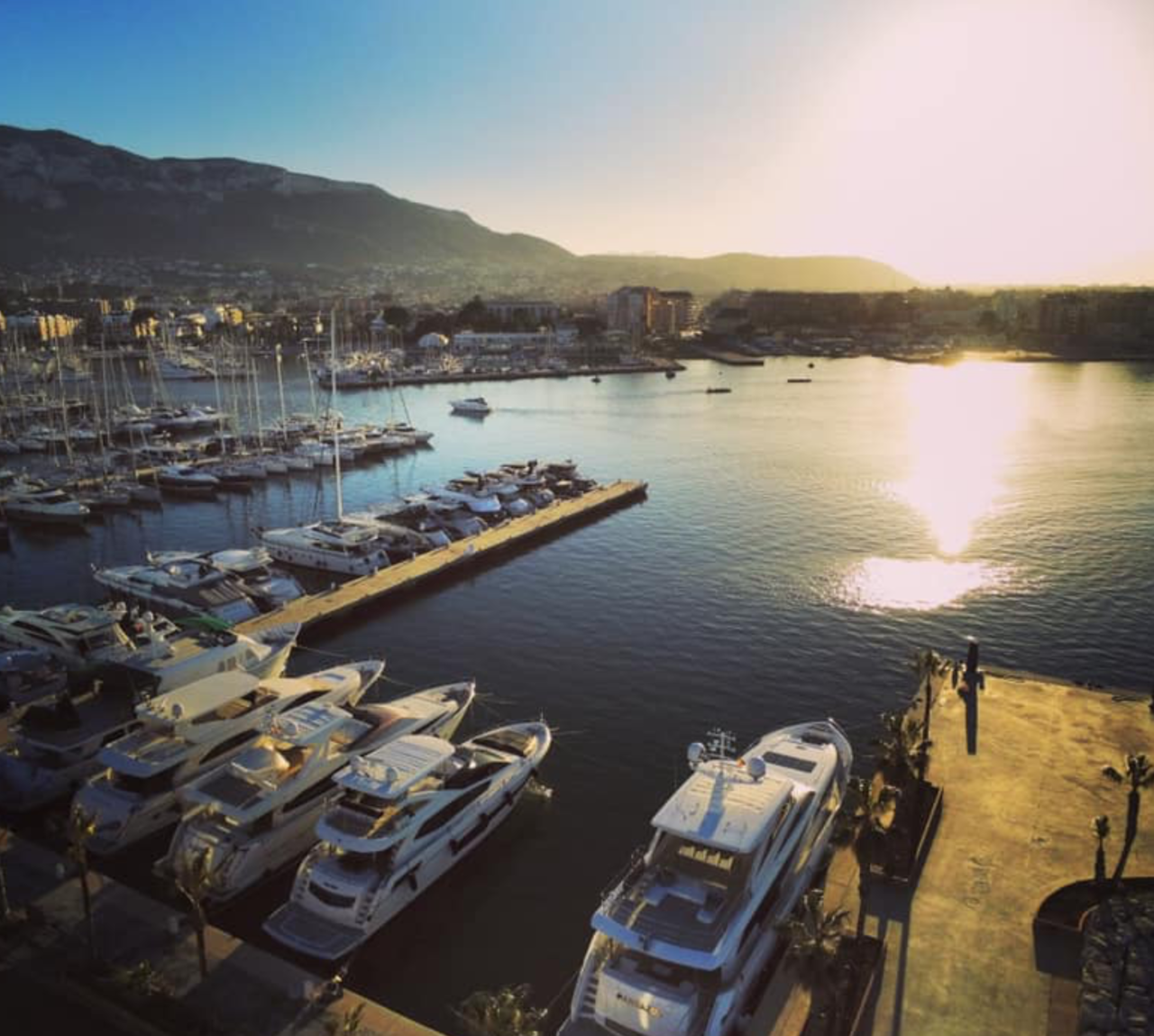 Denia is one of the most sought-after touristic destinations in Europe today. But it wasn’t as we know it forever; a rich historical heritage brought us here. Let’s peep into the pages of Spanish history to unveil the path that made Denia the magic place it is today.

The first tales about the Denia Port are not 100% archeologically verified but take us back 600 years before Christ. At that time, it is believed, that Greeks founded the Hemeroscopeion. This port is thought to be the first incarnation of what it is today because the meaning of the word is "watchtower”.

Thus, the rocky formations overlooking the sea would indicate they were placed in Denia.

Romans were war people, thus, they used the northern part of the peninsula (known today as Les Bovetes) to build small ports. That being said, the coastline wasn’t where it is today, it was far behind. Romans, contrary to their usual behavior, didn’t build any big engineering marvel.

From Slave To Ruler, Muyahid

When the Roman Empire fell, the area fell with it. During the 6 centuries going from 400 to 1000 AC, a former slave, Muyahid took over the region. He managed to set up a prosperous sultanate thanks to his vast knowledge as a merchant and sailor.

He grew Denia’s reputation becoming one of the strongest ports of the region. It was during this time that the first links between Denia and the Middle East (Egypt, India, China, and Alexandria) were born.

Captain Carroz broke into the city with his troops in 1244. This way, what was once a prosperous sultanate became part of the Aragon Kingdom. It became a space for Christians to be safe from Moorish attacks and conquest attempts.

By 1458, Denia’s port became an exclusive commercial port. In this vein, the embarkation and disembarkation of merchandise of different kinds became the main purpose of the port.

16th And 17th Centuries, The Golden Age Of Denia

Because it became the go-to destination for vessels sailing the Mediterranean, the 16th and 17th centuries were the golden age of Denia’s port. Indeed, the city received royal visitors and pushed all Moorish invaders away after the king himself sent 34 battleships to Denia’s port.

The 1800s, Growth And Prosperity

It was Mallorca’s Major, José de Jáudenes who stopped at Denia in 1802, and marveled by the natural qualities of the port, ordered a bigger investment. Since the work needed was vast, the area was added to the royal crown in 1804. The aim was to make improvements to the port area.

In the early 20th century, and after a century of asking for a major investment, a concession was made for 80 years. During that time, and with brief interruptions due to the Spanish Civil War, Denia’s port was built.

Nowadays, Denia’s port is not only a strategic, commercial site but also a tourist attraction gathering millions yearly. Still, the rich history of Denia can be seen in every corner of the city, the Moorish legacy, the castles, and the natural beauty.

Now that you know the long and winding road that brought us here, perhaps, you can appreciate its wonderful qualities even more.